We explain the difference between JPanel and JFrame with table. Both JFrame and JPanel are classes used in Java. The latter is a class-based, object-oriented programming language. It is a digital platform used to create and develop applications. Java was developed by Sun Microsystems specifically for the Internet in 1995. Its main objective is to develop programs that can run on all forms of computing devices such as PCs, laptops, smartphones, etc.

JPanel is a broad-purpose container used to place a set of more complex components or operations. Represents a space where you can see various controls, such as check boxes, buttons, and text fields, as well as visual elements such as images and text.

JFrame, on the other hand, is the basic container used to store components like buttons, labels, and text fields. However, unlike a JPanel, a JFrame also contains a title bar.

The difference between JPanel and JFrame is that the former refers to a space where different types of visual elements, for example, images, texts or figures and controls such as text fields, buttons, etc. they can be made visible. The latter, on the other hand, represents an independent window with its unique characteristics.

Comparison table between JPanel and JFrame (in tabular form)

Refers to a general container used to assemble a group of components in sync. It is a fairly simple component that generally does not have a graphical user interface (GUI). However, you can have a GUI if it is laid out against an opaque background or contains a display border.

The JPanel container class is in the javax.swing package. Swing is an extension of the Abstract Window Toolkit (AWT), which is the first generation of the Java Application Programming Interface (API). The former improves the serviceability of the latter.

The JPanel is a very simple and lightweight container that is a subclass of the java.swing.JComponent class. The JComponent in turn is a subclass of the container. Consequently, several methods used for JPanel are derived from its superclasses. Some of the examples of such methods include image observer, alignments, and accessibility.

The JPanel allows you to place checkboxes, buttons, images, fields, labels and even texts on it. It is primarily defined as an area where you can place controls and visuals.

To use a JPanel, you first need to create its object, which is done by calling a JPanel () constructor . After this invocation, a blank panel is generated. It looks bleak by default, but its background color can be changed by invoking the appropriate methods of the JPanel class. The blank dashboard components are customizable.

It is the base or base container that is used to create standalone GUI applications. It appears and runs as a window, such as a notification window or a warning window, that normally appears on computer screens.

Like JPanel, it is also part of the swing toolkit, but its main class is Java.awt.Frame. That is, it is an extended version of the Frame found in the Java Abstract Window Toolkit (AWT), the oldest generation of Java APIs. What makes JFrame better than Frame is that it offers the option of closing or hiding the window using the setDefaultCloseOperation (int) method.

It has its constructors and methods that are used to place components such as text fields, buttons, borders, title bar, etc. within it and customize its physical characteristics such as fonts, size, colors and alignments, etc. Each function has its own unique syntax that is used for customization.

JFrame employs a Windows listener method that starts working every time a person performs operations such as activating, closing, opening, minimizing, or maximizing a window. It also employs a mouse listener so that the frame can react to mouse actions.

A JFrame can fit multiple frames and JPanels within itself but they all depend on the mainframe for their existence. A large number of functions can be created for JFrame using not only the Listeners methods, but also the get, set, and add methods.

Main differences between JPanel and JFrame

In Java (an object-oriented programming language) there are different types of classes that serve as a framework or design for the creation of objects or a specific data structure, preserving the instance variables of the objects and consequently, maintaining their state and application of the behavior patterns of objects.

Among these classes, JPanel and JFrame constitute two different classes that are used to write graphical user interface (GUI) applications. These classes are primarily concerned with the “view” of an application, and although they can appear as a window when run, they can be very well distinguished from one another, since a JPanel does not contain a title bar, while a JFrame does. 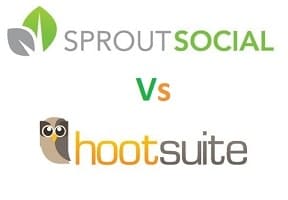 Difference between cross and crucifix in tabular form

TELNET vs FTP with definition and comparison table