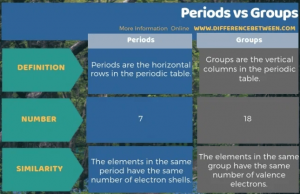 The periodic table of chemistry is something that students are asked to tediously memorize without even knowing the real reason behind learning it. For some people, it is just a topic that is included in their syllabus. But in a real sense, this little periodic table is much more important than that, it is a roadmap that opens a million opportunities for scientists and researchers around the world.

Dmitri Mendeleyev is the inventor of the periodic table. Before him, many made efforts to arrange the chemical elements in different ways. But Dmitri’s result was accepted around the world.

When you view the periodic table, you will notice that there are row headings (left to right) and columns running (top to bottom).

In scientific abbreviations, the rows are called Periods and the columns are Groups, respectively.

Mendeleyev during the time of organization left some empty rows with the impression that there would be other elements that would enter in the near future. And surprisingly, one of the elements that fit in that space was Galio.

There are many interesting facts about the search for elements of the periodic table, but precisely here we would concentrate more on the periods and the arrangement of the columns.

The common thing between these two is that the atomic number increases both vertically and horizontally.

Comparison table between period and group

How are periods and groups different from each other?

What is the difference between a period and a group family?

What is the period?

Each element of a period is likely to have the same number of atomic orbitals.

For example, each element in the first period has only 1 orbital for its own electrons, the second period includes 2 orbitals for electrons. Likewise, as you move down the row, the orbitals keep adding.

The size of the element decreases as it progresses through a period, since the number of electron shells remains constant during the period, but the number of protons increases in the nucleus. This is the reason why the atom gets heavier but the size keeps decreasing.

If you look at the periodic table, you will see that there are different elements nested in each row.

What is the group?

When you count from top to bottom, there are a total of 18 groups on the periodic table. All groups are assigned different names.

Groups are mixed categories of metals, nonmetals, and semimetals that are grouped into families according to their similar properties. For example, Group 1 belongs to the lithium family classified as alkene metals. Similarly, each group in the lane has its own last name.

The elements of the related group have similar traits because they have the same electron count in their outermost shell.

The size of the item increases as it moves down in any group. This is because there are a large number of protons and neutrons in the nucleus. In addition to this, an extra electron shell is what makes the atom heavier.

For groups, there are two different ways to illustrate the items. It is important to understand both numbering systems because the periodic table appears in both formats.

In the United States, they used the letters A and B to indicate each item in the group, but unfortunately, it was observed as a disorganized numbering system.

To eliminate any possible confusion, the International Union of Pure and Applied Chemistry (IUPAC) came up with the idea of ​​numbering the elements as (1,2, 3… 18). However, both numbering systems are acceptable. But the IUPAC numbering seems simple and well organized.

Main differences between Period and group

Groups and periods are the two ways to classify chemically organic or inorganic elements or metals present in the modern periodic table and the key difference between group and period is their location on the periodic table. As you already know, the points are on the horizontal line and the groups are on the vertical line.

Difference between board meeting and extraordinary general meeting

Difference between Dharma and Karma in tabular form 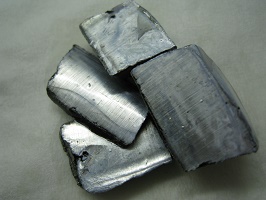 Uses Of Potassium And Atomic Properties With Characteristics 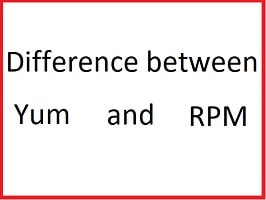 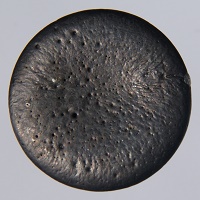 Uses Of Selenium And Atomic Properties With Characteristics 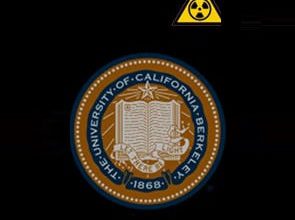 Atomic properties of berkelium with uses and characteristics