We explain what Christmas is and what is the origin of this famous celebration. In addition, how Christmas is considered today.

The word Christmas comes from the Latin meaning “birth” and refers to the arrival of the son of God, Jesus Christ , to the underworld.

On Christmas day a party is celebrated in his name, on the twenty-fifth day of December, however, it is not a general rule , it counts only for some religions and churches such as Protestants, Catholics, Anglicans and some Orthodox (a part of the churches Orthodox who do not have the same calendar as the previous ones, celebrate their feast on January 7).

Jesus of Nazareth is the name of the historical character, that is, the name by which he is recognized in the science of history. Jesus, Christ or Jesus Christ is the central figure of the Christian religion that greatly influences Western culture .

This character was a Jewish prophet or preacher who lived in the areas of Judea and Galilee , for his ideas and for the power of his statements he was crucified in Jerusalem around the age of thirty. Christians consider him the son of God and the Messiah.

According to tradition , he was sentenced to scourge and crucifixion under the government of Pontius Pilate. These facts are narrated in the gospel as “passion.” His suffering and death along with the doctrines of salvation and atonement (removal of guilt or a sin committed through a third party, currently a priest where the guilty person is acquitted of the contained penalty) are the fundamental pillars of this theology . Here it is understood that this character died on the cross to save humanity from death and make people’s souls access the “Kingdom of Heaven” in a sacrifice or a payment that should be made to God.

According to the myth and writings of one of the gospels, Mary and her husband Joseph lived in Bethlehem a Palestinian city , located south of Jerusalem. An angel tells Joseph that his wife is pregnant by the Holy Spirit and that her son will be the Messiah that the Jews expect.

However, another gospel is more specific about the story, narrating that the spouses live in the city of Galilee of Nazareth, located north of Israel, between the Mediterranean Sea, the Sea of ​​Galilee and the Jezreel Valley and simply go to the city of Bethlehem for a census , since Joseph was originally from the place. Here also a small difference, the news of pregnancy according to this version is recited by the angel Gabriel to Mary in “The Annunciation.”

As for the current party, it implies several traditions. A large banquet is usually held at a dinner that takes place on December 24, as expected until midnight, in other words, birth. A tree is armed and decorated, people sing songs according to the date. called Christmas carols and cribs or nativity scenes are built, which means creating models of Bethlehem, the night that some wise men leave the baby Jesus gifts for being born and go to the stable where the family is reunited.

At present, Christmas has exceeded the limits of religion itself and is not linked to Christianity. The current symbol is that of Santa Claus, or also known as Santa Claus or Saint Nicholas. This figure was based and inspired by a Greek bishop who gave children toys at midnight on December 25 . As it was well mentioned, this celebration is not linked to religious belief, since even atheists often perform the celebration or also those who do not practice religion and simply enjoy food, reunion with loved ones, the Christmas tree and gifts.

The market industry pushed middle-class families to spend a full salary or much of it to buy decoration and gifts for Christmas Eve . He made it a necessity, transforming this holiday date into a materialist. However, it cannot be said that the spirit of belief is non-existent, since the children began to have the central role, it is they who hold the belief in Santa Claus and their family is the one who continues to promote this spirit year after year. Christmas.

Nowadays, this holiday is associated with time to express the feeling of peace , love , sincerity , joy, communication with other people, of singing, also of dancing , of making positive decisions, but also of forgiving and forgetting, to be united visiting those who love each other.  It became a time of reconciliation with loved ones and self-awareness, the gift may represent something material but even the simplest has value. 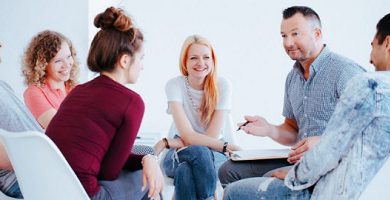 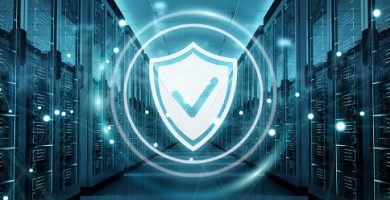