What is air transport?

Air transport or air transport is the service of transferring passengers or cargo from one geographical location to another, through the use of aircraft , that is, of vehicles capable of flying.

Although initially it was intended for passengers only, today it is also enabled for cargo. At present, air transport comprises an important branch of transport worldwide, being the most regulated and controlled sector of all, partly because of its risk potential.

With its incorporation into the modern world in the twentieth century, numerous possibilities of displacement became real. It shortened distances across the planet Earth and significantly reduced the time required for long distance travel.

Air transport is perhaps the one with the greatest reach when traveling distances. It is able to pass over seas , continents and landforms of all kinds, but at the same time it is the most expensive and the one that requires the greatest investment in technology.

Since the invention of the first aircraft prototypes at the beginning of the 20th century , air transport was one of the forms of human transport that developed most rapidly. The first steps in that direction were taken during World War I , as part of both sides’ strategies to land troops more quickly and effectively.

However, after the Second World War this industry received greater diffusion , since it had advanced the technology of propellants and had achieved more efficient flights .

In 1958, a jet plane was incorporated into British and American commercial fleets. Thus began a race for innovation in air transport. In 1970 the Boeing 747 arrived, capable of moving between 360 and 500 people on regular flights.

The historical success of air transport has been such that it laid the foundations for space flight and space transport, an industry still to be developed.

In general, air transport is classified according to two categories:

The advantages of air transport are clear: covering huge distances quickly and efficiently , connecting remote regions, overcoming geographical obstacles (cliffs, mountains , etc.) as well as lakes, seas or oceans , on partial or total flights, depending on whether you do refueling is missing.

This makes it the best way to get around for a person who travels with few objects , and even for relatively moderate quantities of goods, compared to the capacity of ships, trains or other cargo vehicles.

On the other hand, air transport is the most expensive and technologically complicated method of human transport there is, requiring huge investments in airports, whose monitoring and coordination of air traffic is constant.

In the same way, they are highly polluting , since they require the burning of fossil fuels to propel themselves, spreading residual gases throughout the atmosphere in their displacement. Finally, although they are scarce, air accidents are a deadly risk not only for passengers, but also the pilots of the plane and the crew on board.

Cargo planes are of a different nature. They are classified according to the technology that supports them and their total cargo capacity , the latter being the great limitation in all types of flights. An airplane can put a certain amount of weight on the air , no matter what its content is:

This type of transport can reach high speeds, depending on its nature, but it is always confronted with landforms and rivers, oceans and lakes.

On the other hand, maritime transport is one that is carried out by means of water vehicles capable of crossing the oceans and seas , such as ships and various types of ships.

This type of transport is essential for commercial exchange between the continents or between islands and the mainland. In that sense it is the support of the globalized economy. This category includes cargo ships, oil tankers and holiday cruises, to name a few examples. 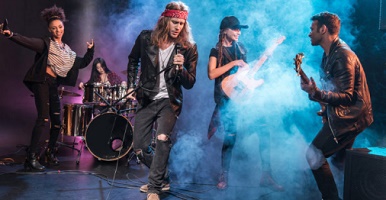 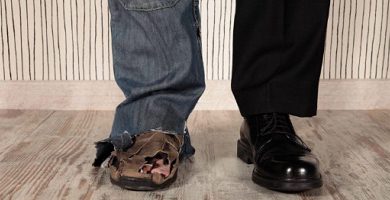