We explain what photography is, how it originated and what this artistic technique is for. In addition, its characteristics and the types that exist.

Photography is called a technique and an art form that consist of capturing images using light , projecting it and fixing it in the form of images on a sensitive medium (physical or digital).

The whole photograph is based on the same principle of the “dark camera” , an optical instrument consisting of a completely dark compartment with a small hole at one end, through which the light enters and projects on the darkened background. images of what happens outside the compartment, although inverted.

In the case of cameras, the principle is exactly the same, except that they are equipped with lenses to refine the focus of the projected, mirrors to reinvest the projected image and finally a photosensitive tape (or a similar digital sensor), which it captures the image and saves it , so that it can then be revealed or viewed digitally.

The images obtained in this way are also called photographs or photos, and are the result of decades of refinement of the technique and photosensitive materials , until the optical quality of modern cameras is achieved. In addition, this technology allowed the development and improvement of other similar ones, including cinematography.

Before inventing the camera there were attempts to capture the visual image, with heliogravines and daguerreotypes, precursor techniques of the nineteenth century that were medium successful, but were very expensive and not very clear.

Photography as such is invented in the transition to industrial society , obeying the spirit of the time that yearned for objectivity and rational truthfulness (positivism).

He inherited from the daguerreotype his use of photosensitive films of polished silver, revealed with mercury vapors. But these were toxic elements and successive scientists and inventors of the nineteenth century were giving better methods and better results, until the appearance of bromide plates in 1871 and then  the photographic film as such in the first Kodak camera in 1888 .

Subsequently, the technique will not stop innovating: in 1907 Lumière invents color photography , in 1931 the first electronic flash is achieved, in 1948 polaroid photography, and in 1990 photographic digitization.

Photography plays an important documentary or journalistic role in our days, since it allows us to capture real images and reproduce them in physical or digital media , thus being able to observe events that occurred in other latitudes and / or in other historical times.

Journalism, science and history are now inseparable from photography, and in any house of the twentieth century photo albums or portraits were obtained. In the 21st century, on the other hand, the place to accumulate the photographs seems to be the digital one: the hard disks of the computers or even the social networks.

On the other hand, geography, astronomy and other applied sciences have seen in photography the opportunity to capture and enlarge the image of vastly distant or infinitely small objects , thus being able to disseminate them massively.

Photography consists in converting the light of a given moment into a physical impression of the visible through the camera. In that sense, it is fixed (lacks movement), is ineditable (except through digital resources) and is durable over time , although over the years its materials lose quality and therefore image sharpness.

According to its claims and the nature of the photographed object, we can talk about:

Photography was not always considered a possible art, since it lacked in its beginnings the diffusion and acceptance of today, and painting was preferred as an artistic means of representing reality.

However, throughout the twentieth century, novel aesthetic trends developed that influenced the sensibilities of the time and opened the field to photographic art to demonstrate its subjective potential, since it was thought that it only showed the objects placed in front of the camera. 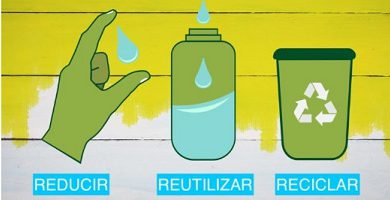