We explain what evaporation is, how it intervenes in the water cycle and how it is used as a method of separating mixtures.

Evaporation is a physical process that involves the gradual passage of a liquid  into the gaseous state . It is a slow and silent transit, which occurs as a result of a temperature increase . The reverse process is known as condensation (transition from gas to liquid).

As a result of the heat , the molecules of the liquid are agitated and acquire the energy necessary to get rid of the liquid and transform into steam.

Evaporation can be observed, for example, in puddles that form after the rain and then evaporate when the sun rises ; also in the formation of clouds from the evaporation of the waters of rivers and oceans.

Some examples of this process of transformation from liquid to gaseous state:

The water cycle describes all the hydrological exchanges that occur between the atmosphere, the earth and the sea through the three states of water : the solid , the liquid and the gas .

The sun evaporates the water on the surface of the seas, lakes and rivers and this vapor, when entering the heights of the atmosphere, condenses transforming again into liquid.

This liquid descends to the earth through a phenomenon known as precipitation that, in cold climates, can occur in a solid state of water such as snow or hail. In hot weather climates will produce liquid precipitation in the form of rain.

From the water cycle we can deduce the enormous importance of solar evaporation from the waters of the planet, which helps produce the climate and renews the humidity of the air  and vegetation . Without this evaporation process, life on Earth would not be possible.

In chemical science, evaporation has been incorporated as a basic and very efficient method to separate a solution or mixture in which a solute and a solvent are found .

The process is carried out by heating the solution until the solvent evaporates and leaves a solid residue. Naturally, this occurs with sea salt when the sun separates the water from the salt crystals at the seashore.

We can reproduce this separation process through a simple experiment, using a mixture of salt and water. To separate salt from salt water, the solution is heated in a beaker. While the water boils, we see how it escapes in the form of steam until it disappears completely leaving only a layer of salt. 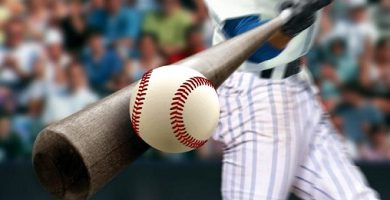