We explain what is the probability and what are the methods used. In addition, the various areas in which it can be applied.

The concept of probability comes from the Latin term probabilĭtas . In the first instance, it is understood as the possibility that a certain probable event actually occurs . That fact may finally happen, or not happen.

The idea of ​​probability is something in which various thinkers have worked throughout the history of mankind. Initially, these terms related exclusively to gambling already practiced more than five thousand years ago. The concept has undergone such changes and has been the subject of such particular interest that today probability is considered even as one of the branches of mathematics .

In this case, probability is defined as the study and quantitative measurement of a given event happening or occurring. For this, certain context budgets, their possible combinations are determined and also the discipline of statistics is used. In this case the probabilities are usually represented in numbers greater than zero and less than one or in fractions.

Within the theory of probability , attempts are made to determine the number of times a given result can occur , in order to know which event is the most likely. Some of the elements that are taken into account are the sample space, the events, the elementary events and the parts.

In the study of probability, three types of methods can be identified.

The areas in which the probability studies can be applied are diverse. Some examples are graphs or tables related to the purchase and sale of companies , they are also used in censuses or in various studies of social and natural sciences . The statistical tables usually reflect the so-called frequencies, whether they are the same accumulated, with intervals or double entry. In these tables the information collected in organized clearly and visibly so that they are easily understandable.

Some of the great thinkers who worried about probability were, for example, Galileo Galilei ; to whom the basis for the subsequent foundation of statistics, Blaise Pascal , is attributed ; who formulated a theory about the properties of numbers that is still widely used, Pierre La place; who defined certain practical applications to the theory of probability, among many other thinkers. 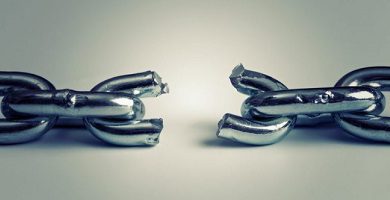