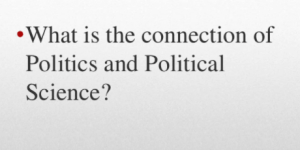 We explain that what is the difference Between Politics and Political Science with table. As human relationships became complex and various leaders and thinkers began to exert their influence over people and society, structures and frameworks developed to bridge the gaps. These structures, frameworks, and philosophies have become much more sophisticated today.

The terms Political Science and Politics are manufactured by these complex structures and theories for civilized society. The two are interrelated and yet widely separated when the initial and original definitions are evaluated. It is in the later stages of development that their meanings often intermingle.

The difference between political science and politics is that political science is the study, investigation, and reconsideration of existing notions of political power, rights, and responsibilities, while politics is the system of government itself that would work to frame and implement policies and strategies to achieve the goals of national development, peace, and security.

Comparison table between political science and Politics (in tabular form)

What is political science?

It is a social science since it studies the behavior of humans when the need to share and some obligations arise. It is a science as the method of study depends on extensive research, empirical evidence, modifications, and reinvestigations.

It has several branches:

Polity refers to the system and mechanism that exists to govern a community or a nation. It is an individual or a group of individuals who have a great influence on the entire community, whether by force, by consensus or by majority vote and who decide the growth measures to govern a country.

Such a body of leaders is made up of institutionalized social rules and regulations of that political identity. The entity can be a nation, a state, an empire, an international organization, an ethnic group or a company.

Basically, any organization that can pool resources and make decisions regarding the allocation of shares and funds has a body to ensure fair and equitable operation, it has a policy. It deals with making and unmaking the Politics and the constitution, the electoral system, and the conduct and division of power both hierarchically and horizontally.

Political science and politics may seem to overlap and intermingle at times, but it is very important for us to distinguish between them. While political science is the study, politics is the organization or body responsible for applying political studies to the mainstream.

Political science is a study of research and analysis of ongoing political events and debates in society. It includes a rational and thorough examination of the basic concepts and ideas that affect society and its behaviors. The political organization is responsible for maintaining the peace and proper administration of the community by discovering the best framework for its community. It uses political theories to make and contain public policies.

Difference between PST and PDT in tabular form

Pentium vs Core i3 with definition and table 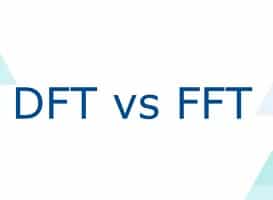 Difference between fft and dft in tabular form with detail

Dynatrace vs Splunk with definition and table

What is the Difference Between Statistics and Mathematics

Difference between Mezcal and Tequila in tabular form