We explain the difference between accept and except with table. Accept and Except are two words that have a completely different meaning in the English language, but still cause a lot of confusion among people.

As a verb, “accept” means to allow or receive. It was originally derived from the Latin prefix “ad-” (a) with the term “capere” (to take). This formed the Latin word “accipere” (to take something for oneself). Over time, this became the last word in Middle English that we know as “accept.”

Used as a preposition or conjunction, “except” means not to include. It was originally derived from the Latin prefix “ex-” (outside of) with the term “capere” (to take).

This formed the Latin word “excipere” (taken out). Over time, this became the last word in Middle English that we know as “except.”

The difference between Accept and Except is that “Accept” means to agree or approve of something, while Except means to exclude something from a sentence. Accept represents a verb in a part of speech, while except represents a preposition or conjunction in the part of speech. Examples: 1) Accept – “I accept” your proposal. 2) Except: I can invite everyone, “except” Jason.

Although they have two completely different meanings, “Accept” and “except” sometimes misinterpret each other. To make things easier, remember these phrases

Accept / əkˈsept / – This word is often used to show that an idea (or perhaps a person) is recognized and accepted.

Except / ikˈsept / – This word is often used to show that someone or something has been left out of a certain group.

Synonyms for the word “except” can include exclude, omit, different from, do not include, other than, other than, also, count, but no, all but, but, except or skip.

Comparison table between accept and except

Main differences between accept and except

Like many English word duets, the two words “accept” and “except” can be easily mixed, and often are, due to their similar pronunciations. However:

Can you start a sentence with Except?

Here is an example of how such a sentence can be formed: “Except for the kitchen and living rooms, the whole house was fully furnished.”

Does the comma come before or after Except?

However, when ‘Except’ is used in conjunction with a conjunction like ‘That’ or ‘When’ a comma is not required. For example, here is a sentence that fits this context: “She looks beautiful except when she gets angry.”

How do you use ‘Accept’ in a sentence?

Accept is a transitive verb and is used to describe the act of being willing to receive or believe something. Here is an example where the word is used in a sentence: “I will accept your apology only if you say it in public.”

What kind of verb is Accept?

Accept is a transitive verb used with an object. This means that the verb “accept” is followed by a noun that is the object that receives the action indicated by the verb. For example, “Employees accepted the new rules as they tend to improve general working conditions.”

However, in a passive sentence, the noun or pronoun precedes the verb ‘Accept’. For example, “Eventually the folklores came to be accepted as true stories.”

What is the synonym for ‘accepted’?

There are some synonyms that can replace the word “Accepted.” But its use depends on prayer. Consequently, some of the synonyms are approved, recognized, and licensed.

The English language can be confusing! There are so many words for a certain thing, and also words with multiple meanings.

There are even words that are spelled the same and sound the same but mean different things or words that have more than one way to spell them! It can turn even native speakers’ heads and can make English much more difficult to learn as a second language.

While these two words are often misused and confused with each other, they are not blatant homophones, although some people may see that they are.

Taking note of its distinctive phonetics, you will notice that there is a slight contrast at the beginning of the words. Although they can be a bit difficult to hear, the difference is there.

“Accept” uses a short A or a short Ephonic to start the word, depending on the speaker, while “except” uses more of a short phonic I.

Here are some simple tricks on how to remember the difference between the two:

If you ever feel a bit unsure of yourself when it comes to these and other commonly confused words, there is always a reliable internet to help you clarify them.

Difference between this and that with table

Mailchimp and constant contact with definition and comparison table

Difference between local and standard time in tabular form 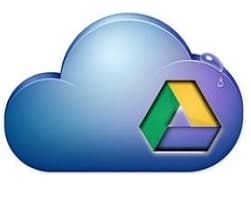 Difference Between Google Cloud And Google Drive |In Tabular Form