We explain that what is the difference between bill of exchange and promissory note with table. The term “bill of exchange” is a written agreement that occurs between two parties, who are the buyer and the seller. In addition, they are generally used in international exchange.

This documentation indicates that a buying party has accepted the fact that it needs to pay a selling party a certain amount in a fixed time for the materials delivered.

The terms “promissory notes” are very similar to bills of exchange in that they are a financial instrument that is a written promise from one party to pay to another.

They are also known as debt notes that support financing from an individual or company source, in addition to a traditional lender.

Bill of exchange vs promissory note

Comparison table between bill of exchange and promissory note

What is the bill of exchange?

A bill of exchange is a form of negotiable instrument that carries the statement from the buyer to the seller of the amount of money to be paid. Three parties that play a fundamental role in the process are the beneficiary, the drawee and the drawer.

In the event of dishonor, all parties involved must be notified ahead of time. The drawer must sign and stamp the bill of exchange that carries the payment order to the bearer of the instrument.

It should be noted that the order is not a mandate in this sense. The date is essential for this instrument. There must be no error, otherwise it will lose validity. The invoice must be accepted by the party carrying it.

For the collection, the drawee must show the document to the beneficiary. The amount of money to be paid must be certain and defined and must be included in the document.

The buyer in the process or the manufacturer of the invoice must sign the documents associated with the invoice. To settle the debt between the parties, the use of the bill of exchange is widely seen in practice.

What is the promissory note?

To put it simply in writing, a promissory note is an unconditional written document that carries a promise to make a payment with a certain amount of cash at a future date by the debtor to collect the fixed amount of money from creditors.

The document must also be signed by the debtor and sealed to give it the validity required by law before delivering it to the creditor. To collect the cash at the future date, the creditor must show the original note that was made.

There are only two parties to the process, as payee and drawer. The market responsibility of the document is primary and absolute in terms of characteristics. The future date on which the debtor will pay the money must be written on the document.

The amount of money must also be written and both parties in the process must have definitive knowledge about it. When it comes to the term “legal contract,” a promissory note is very formal.

In use by high-net-worth individuals or corporations, notes have historically been reduced in the United States, but today, they have been used more frequently, typically in real estate transactions.

Main differences between bill of exchange and promissory note

What are the parts of a promissory note, a bill of exchange, and a check?

The promissory note is a written document that must be duly signed by the manufacturer and that includes an unconditional promise to pay the debt to another person, either on request or by a specified date. The parts of a promissory note include drawer, drawee, and payee.

The one who has to pay the debt is known as the drawer. Whoever lends money is known as a drawee. To whom the payment should be made is the beneficiary.

A bill of exchange is issued by the creditor and must be validated by the debtor to be acceptable. Here, the drawer is the one that lends the money.

The drawee is the buyer, who has to pay the debt, while the amount must be paid to the beneficiary. The parts of a check also include a drawer, a drawee, and a payee. The person who signs the check is the drawer, here.

Whoever pays the amount written in a check becomes the drawee. And the amount must be paid to the beneficiary.

Is a bill of exchange a check?

No, they have many differences. A bill of exchange must be validated by the person who must pay the debt, while a check is the amount of money that the bearer of the check can demand at any time.

A drawer is required for a bill of exchange to be acceptable. However, a check that does not need such acceptance can be signed by the drawer at any time.

Is DD a bill of exchange?

A draft on sight is somewhat similar to a bill of exchange. A demand draft is issued to a drawer (or customer), in which a bank has to pay a certain amount, which is considered drawn and the amount is paid to the beneficiary.

Demand drafts are payable only to the specified party mentioned in them. However, a check is also payable to its bearer.

What is the difference between a promissory note and a check?

A promissory note is a written document that establishes a promise to pay the debt to someone else.

This payment can be made in installments or in full on a certain date. However, a check is not a promise, but a one-time payment signed by the drawer.

In short, a bill of exchange is a binding agreement that has been made by one party to pay a fixed amount of cash to another on a specific date or on demand .

And a promissory note is a written promise that has been made to pay a number at a future date or on demand to a specific party.

The main differences are related to the responsibility and the parties involved in the transaction of both bills of exchange and promissory notes. 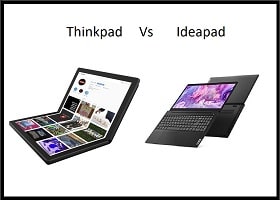 Difference between Through and Along in tabular form