We explain what the phosphorus cycle is, its stages and importance for life. In addition, in which cases this cycle is altered. 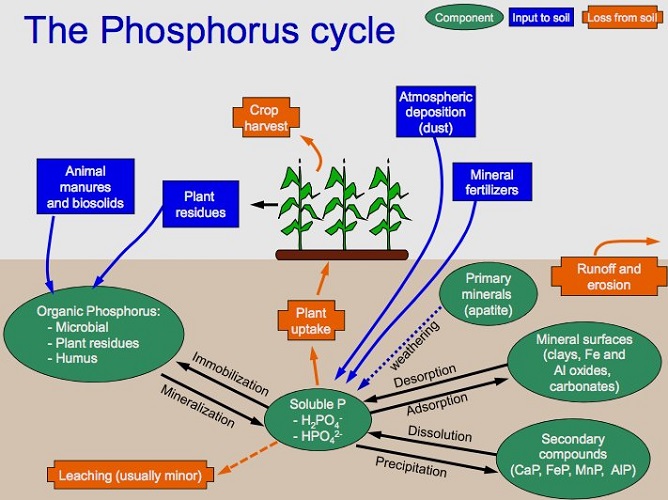 The phosphorus cycle or phosphoric cycle is the circuit that describes the movement of this chemical element within a given ecosystem . Phosphorus (P) is a non-metallic , multivalent, highly reactive element , which is found in nature in various inorganic rock sediments , and in the body of living beings , in which it is a vital part although on a small scale.

The phosphorus cycle is part of the biogeochemical cycles , in which life and inorganic elements maintain a balance so that various chemical elements are recycled and reused. This cycle would not be possible in rapid terms without the trophic chains of the different ecosystems .

However, compared to the cycles of nitrogen, carbon or water , it is an extremely slow cycle, since phosphorus does not form volatile compounds that can easily move from water to the atmosphere and from there back to the land, where it originates from.

Plants also play a vital role in the fixation and transmission of phosphorus, as will be seen when we analyze their different stages.

Phosphorus is an abundant element in terrestrial minerals. Although it plays an indispensable role in living beings , it is little present in the body of living beings. It is part of the most important macromolecules, such as DNA , RNA or ATP (Adenosine triphosphate).

Consequently, it is essential for obtaining energy at the biochemical level , as well as for the replication of life and hereditary transmission. In this way, the phosphorus cycle is essential for life as we know it.

We can study the phosphorus cycle in the following stages:

The phosphorus cycle can be greatly altered by human intromissions. On the one hand, the release of phosphorus by mining action can increase the presence of this material on the earth’s surface , since its extraction by erosive natural roads would have taken thousands of years more.

On the other hand, the action of fertilizers used in agriculture , whether of natural or artificial origin, involves the injection into the soil of many more phosphates than it would normally receive. Such excess is washed by rain or irrigation waters, draining into water reservoirs, rivers or the sea.

The increase in phosphates and nitrogen also increases the algae and microorganisms that take advantage of it (a process called eutrophication ). Thus the trophic dynamics are unbalanced and algae often compete with each other until they die massively on the shore. When decomposing they generate pollution, and also increase the amounts of phosphorus circulating in seawater. 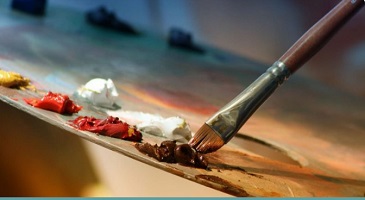 The impact of HIV/AIDS

The impact of HIV/AIDS

AIDS carriers – have you just been diagnosed?

What is cloud computing?

How To Become A Web Developer