We explain what Latin America is, how it is its population, economy and religions. In addition, information on health, poverty and science.

Latin America or Latin America is the set of American nations descended from the Spanish, Portuguese and French colonies established from the sixteenth century. It includes the different degrees of miscegenation produced in them among ethnicities and cultures: European, American aboriginal and African black. The latter reached the continent enslaved by Europeans.

These nations are spread over an area of ​​more than twenty million square kilometers , almost 13.5% of the planet’s surface.

In principle, its history begins more than 4,000 years ago, with the first pre-Columbian cultures that emerged in Mesoamerica or in the Inca region, and extends over more than three thousand years until its traumatic encounter with Spanish settlers.

At that time, in the fifteenth century, a long and bloody war of conquest began , which decimated the indigenous population of the continent. It also opened the doors for the emergence of a new culture, which is often called melting pot , for its high levels of mixing, with the incorporation of Africans into the colonies, especially in the Caribbean region.

The independence of most Latin American countries was between the nineteenth and twentieth century , the result of European crises that led to the moment for the independence wars. There were also several regional integration projects, which gave more or less results.

Over time, the region has been consolidating itself as one of the sites of greatest economic and cultural interest in the West, despite its enormous discrepancies, inequalities and its curious sense of identity in the midst of the diverse.

It is, in principle, a geographical, cultural and ethnic region. However, even so it is always complex to define it in precise terms, given the enormous racial, cultural, linguistic and historical diversity of the region.

On the other hand, it can be understood as the union of several subregions , such as the Caribbean and the Antilles, the Andes, the Río de la Plata, the Gran Chaco, the Amazon, Central America and the former Mesoamerican region.

For this reason, different terms are often used to name it, such as Latin America (only those nations where Spanish is spoken) or Latin America (to include in the category before Brazil). In fact, the term Latin America itself comes from the French Amérique latine , to oppose this region to Anglo-Saxon America , the result of English colonization.

Despite having its detractors, the term Latin America has the advantage of also including French colonies that have had little historical contact with the rest of the nations. Therefore, “Latin America and the Caribbean” is often used to refer to the geographical region below the United States, including French, English or Dutch-speaking nations.

The Latin American population is ethnically diverse, with a predominance of four large groups:

In addition, Latin America has subsequently received migrants from Europe, Asia and the Middle East , being one of the largest recipients of migratory flows in the world.

The economies in Latin America are often dependent on the export of goods and services, usually of the raw material . There are agricultural , livestock and mining countries, being the perfect example of the latter Venezuela, the only purely oil country in the region.

This is another area in which Latin America is extremely unequal, although in broad strokes it can be said that there are problems in accessibility, segmentation and social protection , generally derived from poverty.

In most countries the budget deficit is the main impediment in public health care .

The poverty is one of the great problems of Latin America . In all the countries that compose it, there are important poverty indicators, the most serious cases being Honduras (65.7%), Mexico (60.6%) and Argentina (30.3%).

Other particular cases, such as Venezuela, are the result of debate and controversy, as there are no credible official figures. However, poverty in recent years has reached levels of humanitarian emergency, as child mortality rises , the recurrence of eradicated diseases and generating an exodus of around four million people in less than four years.

On the other hand, in the rest of the Latin American continent, according to historical estimates of the World Bank, the middle class registered a sustained and significant growth of around 50% , reaching almost 30% of the total population of the region.

The same applies to urban violence and crime, which reaches astronomical figures in some countries such as Honduras, El Salvador, Venezuela, Guatemala and Brazil, while in other countries it is associated rather with historical-political processes, such as the case of Colombian paramilitarism.

In other words, both poverty and violence have unequal indexes depending on the country.

In Latin America, Romance languages from Europe during the colony predominate , which are Spanish (66%), Portuguese (33%) and French (1%) . However, there are also a significant number of Aboriginal languages ​​alive, such as:

In this region, the majority religion is Catholic Christianity , inherited from the Spanish and Portuguese colony, and with an important participation in the history of the continent since the arrival of European colonizers. However, there is a growing representation of other Protestant Christian sects, especially in countries with the highest proportion of poverty.

In some countries of indigenous ethnic majority, religious rites and practices of pre-Columbian times are preserved , especially in Bolivia, El Salvador, Guatemala, Mexico and Peru. For example, the celebration of the day of the dead and the rites of the Pachamama.

In contrast, in the Caribbean region, Africanity left its cultural mark, conserving the Yoruba religion or other enslaved African peoples, known as Santeria, Candomblé, Macumba or Voodoo. These rites have less formal acceptance in most countries, although they are part of the cultural background of countries such as Cuba, Brazil, Haiti, Dominican Republic or Venezuela.

The striking Latin American culture is an important tourist attraction, despite the fact that living conditions do not always accompany the incentive. Mexico has been the most visited country for international tourism in Latin America for several years, and is among the 10 most attractive countries in the world for tourism, receiving more than 30 million annual visitors.

Tourism is an important source of income in the region . Nations such as Argentina, Brazil, Chile, Dominican Republic or Colombia invest significant resources to promote it, receiving annually between 4 and 6 million tourists in their territories.

The art in Latin America is as complex and diverse as its culture . The constant inquiry of these countries in their identity and history has often paid off in various areas:

Latin American art is so vast that it would require an article in itself, but muralism, cinema (especially in Brazil, Argentina, Mexico and Cuba), architecture and theater also stand out among its talents .

Latin American culture has gone through different times of flowering and abundance . Its complex history of conflicts, wars and contradictions has engendered one of the most unique cultures of the West.

The Latin American scientific and technological field is not negligible, although its development models were for years dependent on the importation of knowledge from Europe and especially from the United States. Astronomy is an area of ​​great development, especially in Chile, and in other observation centers in Argentina, Brazil, Colombia, Venezuela and Mexico.

In fact, a plasma engine was developed in Costa Rica since 2005, which allowed new space missions , since this country is, together with the United States, the only one in which a plasma discharge in the laboratory could be done.

Brazil usually takes the lead in technological investment . It was the first Latin American country to orbit its own satellites in 1985, then followed by Argentina in 1990, and then several South American countries. Between 2007 and 2008 Brazil experienced the greatest scientific growth in the world , surpassing Russia and the Netherlands and ranking 13th globally. 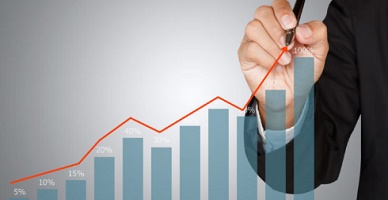 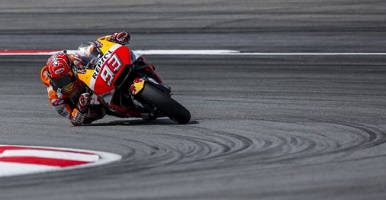 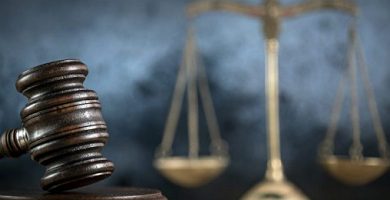