We explain what identity is and its meanings in the personal and cultural sphere. What is national and gender identity.

The term identity comes from the Latin word identïtas , which refers to the group of traits and characteristics that differentiates an individual , or group of individuals, from the rest. It is from this that people manage to distinguish themselves from the rest and this always depends on the worldview and their own history and the context in which they live.

A problem that arises is that there are personal identities and collective identities at the same time , so that many times people can conflict with existing differences. It is the identity that shapes people, which determines their tastes, needs, priorities and actions.

Personal identity refers in the first instance to the name and surname that each person has received . In this way, a person can be differentiated from the rest. With the advances in technology and the significant increase in the population worldwide, new elements have been implemented that allow one person to be differentiated from another, such as fingerprints and DNA .

Also, personal identity can refer to issues rather related to culture , such as profession, skills , ethnicity, religion , work activity, personality , tastes or behavior.

This concept implies everything that has to do with the beliefs, traditions , symbols, behaviors, values ​​and pride that the members of a certain group of people share and that are in turn the ones that allow the existence of a feeling of belonging.

This feeling helps that, despite individual differences, members may have something in common. This can also be defined by opposition to others, this means that a group can be identified as such precisely because it presents explicit and notable differences that allow establishing the existence of different groups.

National identity, on the other hand, is that which links individuals with the nation of which it is a part . This can be done by sharing certain customs or traditions, religion, worldview or behavior; for inhabiting the same territory or for having feelings of belonging.

This concept clearly opposes that of globalization , in which the total integration of nations is promoted , or the predominance of a region over the rest, which would end up imposing the characteristics of a group to the entire world population.

In recent years, gender identity began to be understood as the gender with which a person identifies . It can also be used to refer to the gender attributed to a person based on elements that respond to the gender role, which may be the clothes he wears, his behavior, appearance, and so on.

In this way, the feeling of femininity or masculinity that a person has does not necessarily coincide with their genitality . The term of gender identity is usually matched with that of sexual identity although there are those who establish differences between them.

How is identity formed?

Identity, in the psychological aspect, is conceived as a feeling of personal sameness , it begins to form at an early age when we recognize our origin, the family , the territory where we live and only ends when life ends. The identity has a large number of edges that will make a person “be as is.”

During the interaction with the environment and the different groups , such as school, friends, activities and even the relationship with their siblings, is that a person feels affinity, identifies and wants to belong to them, in the same way that unlike many others, where limits, emotions, behavior management are understood to respect those others that are also identities.

In the growth there is a conception of who one is and where one wishes to go , that is, life plans , desires, studies, dreams, making decisions and being faithful in the majority of cases to one’s beliefs. Teenagers often have conflicts in this regard, as they seek their own ideas and reveal themselves against those they do not share.

Life’s own crises, such as divorce, vocational or professional crisis, the loss of a loved one, duels due to detachments, changes in stages, etc., always promote a dynamic movement of identity, therefore to very advanced age can continue to suffer modifications, although milder.

Identity is the result of the set of identifications, and just as the family is an important part in the process of shaping one’s identity, so is the school and each of its actors.

That is why teachers are agents with the opportunity to promote positive identifications, which causes the student to build their position in the world.

In the educational process there is a break at the end of the school year, it is the vocational orientation that puts in check the famous questions of: Who am I? What do I want in life? Therefore, containment, advice, information , preparation, among others, of teachers become the most important objectives at this stage.

From an early age, it seeks to promote identity at its different levels, which we will point out below:

Sexual identity is a type of identity that corresponds to the internal and personal experience that can be congruent with the sex assigned to be born or not. Classification of these identities:

The laws of sexual identity are born in order to enforce and respect the sexuality of people . Not only the biological one, but also the gender one, validating by official documentation whatever the identity the person determines.

There are still many countries that do not have these kinds of laws approved, but social movements are constantly campaigning to achieve those rights. 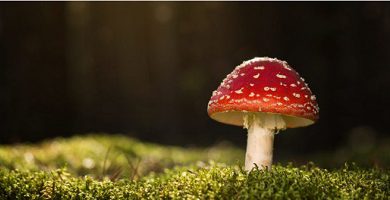 What is amensalism and give an example?