We explain what is the elasticity in physics and how is the formula of this property. In addition, examples and what are the elastic materials.

When in physics we refer to  elasticity , we mean the property of certain materials to be deformed under an external force that acts on them, and then recover their original form when said force disappears. This type of behavior is known as  reversible deformation  or  shape memory.

Not all materials are elastic, of course, and those that break, fragment or remain deformed after the action of the external force, are simply not elastic at all.

The principles of elasticity are studied by the mechanics of deformable solids , according to the Theory of Elasticity, which explains how a solid deforms or moves in response to external forces that affect it.

Thus, when these deformable solids receive said external force, they deform and accumulate within them an amount of elastic potential energy, and therefore also of internal energy.

Said energy, once the deforming force is removed, will be the one that forces the solid to regain its shape and transforms into kinetic energy , making it move or vibrate.

When a force is applied on an elastic material, it is deformed or compressed. For mechanics , the important fact is the amount of force applied per unit area, which we will call  effort  ( σ ).

We will call the degree of stretching or compression of the matter deformation ( ϵ ) and calculate it by dividing the length of movement of the solid (ΔL) by its initial length (L0), that is:  ϵ  = ΔL / L 0.

On the other hand, one of the main laws governing the issue of elasticity is Hooke’s Law . This law was formulated in the seventeenth century by physicist Robert Hooke when studying the springs, and realizing that the force needed to shrink them was proportional to the length of the spring.

This law is formulated as follows: F = ˗kx where F is the force, x the length of the understanding or elongation, and k a constant of proportionality (spring constant) expressed in Newtons over meters (N / m).

Finally, the elastic potential energy associated with the force of this law is represented by the formula: Ep (x) = ½. k.x2  .

The elasticity of materials is a property that we test daily. Some examples of this can be:

The elastic materials, those capable of recovering their original shape after suffering a partial or total deformation , are numerous and we can list some of them, such as: rubber, rubber, nylon , lycra, latex, chewing gum, wool, silicone, foam rubber , graphene, fiberglass, plastic , rope, among others. These types of materials are extremely useful in the manufacturing industry, since from them you can make endless applications and objects of practical use. 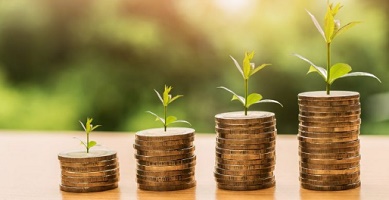