Complicity is the action or state of having secondary participation or co-authorship in something . It can have the meaning of collusion or friendship , being used equally in both directions.

When used in the sense of collusion, there is generally a negative connotation and refers to the quality of being an accomplice in some illegal act.

Complicity is a word that refers to the quality of someone who is an accomplice . An accomplice is that person who collaborates with someone to do or achieve something.

In this way, complicity can be understood as a synonym for company , companionship , association , solidarity.

The term complicity is also used as a positive and desirable attitude in a relationship, be it between couples, friends, family, etc.

The connotation generally attributed to this attitude is positive because it shows harmony, companionship, and understanding.

The complicity in a relationship also involves partnership, trust and support in diverse make decisions. Complicity is an important characteristic in various types of relationships, especially in love.

Some synonyms for Complicity can be: co-participation and collusion .

What is complicity for justice?

Legally, an individual who was an accomplice in a criminal act can be tried for his participation and association in the execution of the act.

In this case, whoever plays the role of accomplice has knowledge or participation in the crime or infraction that was committed or is still being committed.

The complicity is that attitude with which it is shown that there is a fluid and intimate knowledge between two or more people or something that is secret or hidden from others .

That is to say, complicity is the quality of the accomplice , whereas by accomplice we refer to that individual who shows solidarity or camaraderie regarding an issue . Juan and his brother show an incredible complicity when it comes to humor, whenever one tells a funny situation, the other is in charge of finishing it off with the same sense of humor . The complicity achieved with my partner is the most successful part of the relationship.

Family, friendship or couple relationships are usually characterized by the presence of alliances, protections that precisely consist of complicity and that only strengthen the ties between the intervening persons. In this case, having a good complicity with mom, with the spouse, or with a brother, will be a highly positive event for the people in question, who in this way tend to feel more content in every way.

Many times, the effect of complicity is such that the people involved can understand each other with just a glance, a gesture, a word, without the need to speak almost, that is, there is a great harmony that favorably influences the relationship.

Of course, this can be modified if there is an act of betrayal that causes one of the people to lose confidence in the other or others.

Obviously this would be the positive sense of the concept.

Law: collaboration or participation of a person in a crime

On the other hand, at the request of the Law , complicity will be the cooperation or participation of a person in the commission of a crime .
The accomplice, as the individual who cooperates in the crime in question is also called, is never the direct author of it, the brain as popularly said , that is, participates in it for which a punishment will fit, but it does not a primary incidence. Generally, the accomplice collaborates or cooperates in the execution of a crime by carrying out previous, subsequent, or simultaneous acts.
But of course that non- responsibility in the idea and practice does not exonerate him from guilt and the corresponding punishment.

The figure of the accomplice is present in almost all legal systems, although, also, according to the type of legal system, it is possible that it presents different nuances and treatments.

There are two traditional forms of complicity … that of the necessary cooperator , who will be the accomplice who performs an essential act for the execution of a crime, that is, without the presence of the accomplice, in no way could the crime in question have been carried out. For example, in an assault on a house, in order to distract the occupants’ attention and enter to steal it, it will be necessary for someone to distract the owner (s), therefore, the accomplice, will pose as a network operator phone and tell you that it is necessary to check the control panel that is in the front of the house, the owner will access and the rest of the gang can enter the home to steal. Then, without his action, the owner would not have left and the crime could not have been carried out.

And on the other hand, the accomplice itself will be the one who cooperates in a robbery but who in the modus operandi does not turn out to be necessary for the realization of the crime . In a street assault, whoever accompanies the actions of the criminal who threatens with a pistol grip and forces someone to hand over his wallet will be considered an accomplice, even if, in any case, without his presence or participation, the crime would have been carried out.

It is also an accomplice that person who helps to cover up a crime even if he has not committed it. For example, he hid the culprit from the police authorities, helped the latter to get rid of the corpus delicti or some evidence, among other alternatives.

Of course, in any case, the accomplice will receive a penalty or judicial punishment, which will be determined by the court in question and according to the degree of complicity and also the magnitude of the crime committed, it is not the same to be an accessory to a scam than of a triple murder. 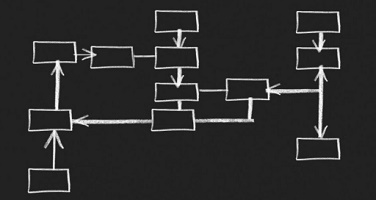 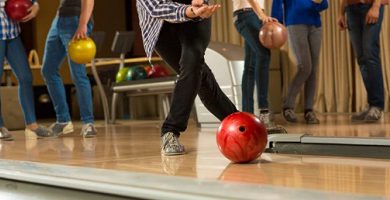