We explain to you what is the slave production mode, its origin, social classes and other characteristics. In addition, other modes of production.

According to Marxist thought , the slave mode of production was one of the modes of political-social organization of pre-capitalist societies. In them, production was mostly carried out by people deprived of citizenship rights and reduced to compulsory servitude, called slaves.

This production model was widely used in the classical civilizations of Greece and Rome , and was partly responsible for both its flowering and its entry into crisis. It should not be confused with slavery , which as a social phenomenon existed since time immemorial and continued to exist formally until the 19th century.

Slave mode of production is a social organization in which slaves constitute the main workforce and production . However, slaves receive no remuneration for their efforts, beyond the roof and food.

In that sense, it is a pre-industrial type model , in which the slave does not receive even a salary for his work, but at the same time his minimum needs must be covered by the master.

The slave model is based on the massive existence of enslaved people , forced to work and who are not paid absolutely any of the work carried out.

This means that they only receive food and housing, to guarantee their subsistence, from the master or slave holder. On the other hand, the concern regarding the volume produced does not concern the slaves (who do not care a good harvest and a poor one) but the master.

In the slave model, slaves were figures contemplated by law and formally reduced to almost objects , without individual or collective citizen rights, without supervision of any institution. Their children could also be born slaves and belong to the same master, or in some cases they could be free or placed in some intermediate category.

Slaves were part of the estate of the master and any damage to them could require compensation in goods or services. In fact, in classical slave societies such as the Greek , slavery could be reached for non-payment of debts, for crimes committed or for military defeat. There were even state slaves , dedicated to the function of public service.

The slave mode of production arose long after the invention of slavery. The construction of a productive model in which slavery was the livelihood of agriculture is attributed to the society of Ancient Greece .

However, it was not the exclusive labor force : there were also free peasants and artisans who lived with slaves. The condition of submission of the latter was political and labor, but did not prevent them from leading a more or less independent life, starting a family and having a residence.

It is unknown how many slaves there were in Ancient Greece, but it is assumed that the ratio between slaves and free citizens would be around 3/2. They were applied to agriculture , handicrafts, industry and the raising of the children of the master (in the case of slaves). Slaves could also be taken as sexual partners, or in household items, although in much smaller proportion.

For its part, the Roman Empire that conquered Greece in 146 a. C . He saw his agricultural capacity diminished due to his extensive military campaigns, managing only to sustain his civil life thanks to the work of the slave class.

It is estimated that in the year 43 a. C. the number of slaves submitted by Rome was three million , five times more than 225 a. C. Each military victory nurtured new slaves to keep the system going.

The two social classes that are interesting to distinguish in any slave model are two:

The slave model entered into crisis in the Roman Empire , when the Roman pax prevented new military conquests that nourished the expanding society with new slaves .

On the other hand, the popularization of Christianity radically changed the ideological and spiritual sense of Roman citizens. In addition, the fierce economic crisis was weakening the distinction between free citizens and slaves, causing that separation gradually lost its meaning.

However, slavery was not abolished at that time (almost 1500 years should pass), but ceased to be the engine of production , to pass the witness to the feudal model that prevailed in Europe throughout the Middle Ages.

From the barbarian invasions to the Roman Empire in the 5th century, the Feudal Revolution was unleashed, which ended the slave model and turned slaves into servants, who cultivated the lands of the great landowners or Feudal Lords.

In addition to the slaveholder, Marxist doctrine recognizes the following modes of production: 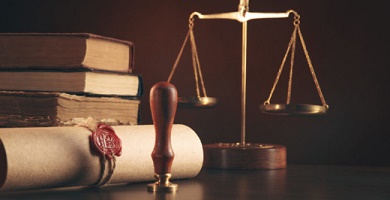