We explain everything about the Moon, its formation, movements, relief and other characteristics. In addition, its impact on the tides.

The Moon is the only natural satellite that revolves around the Earth at a distance of approximately 385 thousand kilometers. It is the fifth largest satellite in the Solar System.

It takes 28 Earth days to go around the planet (translation movement) and to rotate on its own axis (rotation movement) so you always see the same lunar face from Earth.

In 1609, the Italian Galileo Galilei (astronomer, philosopher, engineer, mathematician and physicist) built the first sixty magnification telescope , with which he discovered the mountains and craters of the Moon. In addition, he observed that the Milky Way was composed of stars and detected the four major satellites of Jupiter .

On July 20, 1969, American astronaut Neil Alden Armstrong was the first man to set foot on the Moon . So far, twelve humans have stepped on the lunar surface after several expeditions. In November 2009, the discovery of water on the Moon was formally announced , following an operation carried out by NASA.

There are several scientific theories that explain the possible origin of the Moon. The most recent theory is called “great impact theory” and postulates its formation four and a half million years ago, as the result of a great collision between Earth and Mars (when the protoplanets were in their formation phase).

From the fragments that broke off the shock, a celestial body formed in which its magma melted until it crystallized and gave rise to the lunar crust. The star maintained its orbit around the Earth and became its natural satellite.

Other theories formulated in previous years are:

The moon is a rocky celestial body. Its diameter is 3,474 kilometers (a quarter of the diameter of planet Earth) and it is characterized by having a surface with deep craters and high mountain systems. It is composed mostly of oxygen, silicon, calcium, magnesium and aluminum.

Its atmosphere (called “exosphere”) is weak and light, so it can not contain gases such as oxygen or maintain the temperature, which varies drastically between 110º and -170º Celsius.

The Moon does not shine with its own light, but reflects the light it receives from the Sun and therefore can be seen from Earth and can be seen in its different instances or “phases.”

These phases are produced by the variations of the position of the Moon with respect to the luminous star and the Earth, which generate more or less shadow on the satellite. The complete cycle that encompasses all phases of the Moon is 29 days, 12 hours and 44 minutes, also called “lunar month”.

The phases of the Moon are the changes of the illuminated part , which allow it to be fully or partially appreciated. The same face is always visible due to the synchronization that exists between what it takes to go around the Earth and turn on its own axis (both processes are carried out in 28 days).

The phases of the Moon are four and last about a week each:

The surface of the moon was studied through several expeditions (both manned and unmanned) made during the years 1969 and 1972.

From the samples obtained, it was found that it has a solid and rocky soil with a multitude of rubble, craters and basins . Among other reasons, the accidents of its relief are due to the fact that it does not have a consistent atmosphere that protects it from the impact of asteroids or other celestial bodies of smaller size.

It has mountains up to 9,140 meters high and some volcanoes that have been inactive for millions of years. It is estimated that, in addition to the mountain ranges, the plains or plateaus correspond to old seas, the largest detected is 1,120 kilometers in diameter.

There are also deep valleys called “lunar fissures” that reach 480 kilometers long and 3 kilometers wide. It is estimated that they were formed as a result of heat and expansion originated inside the satellite.

The orbit of the Moon is inclined at a different angle from that of the Earth and the Sun, so that only two points of its path can produce eclipses of the Sun and Moon, respectively.

When the satellite is aligned exactly between the Sun and the Earth, a lunar eclipse occurs (occurs when the planet interposes between the luminous star and the Moon).

The Sun also exerts influence on the tides due to its gravitational force, but with less intensity due to its distance from the Earth.

The tides do not always vary at the same time, but depend on the phases of the moon and its alignment with the Sun. They can be: 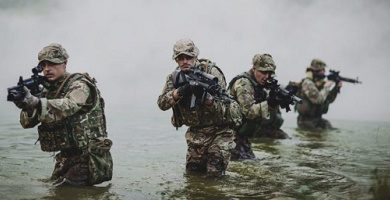 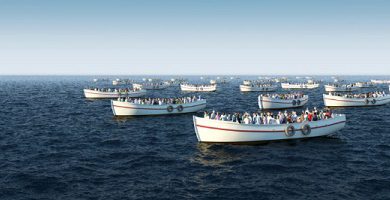