We explain that what Is the difference between Sensation and Perception? It is common to use these terms as synonyms, but it is important to clarify that they do not mean the same thing. Our main purpose is to make the difference between both terms known and thus be able to give the correct use to each context.

Although these concepts are often used interchangeably, however, they are substantially different, and with this Psychology

What Is The Sensation? 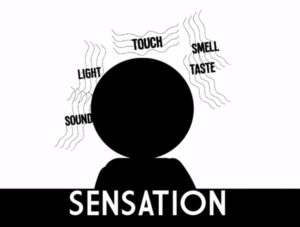 Of Latin origin ‘senstio’ which means the impression that something gives through the senses . It is the response provided by the sensory organs (skin, eyes, ears, mouth and nose) to a stimulus.

Specifically, sensation is a process by which the brain processes information from the nervous system, and verifies the reaction to a stimulus.

One way to correctly convey the concept of sensation is through examples such as:

The feeling is the subjective experience associated with a physical stimulus and involves the recording and coding of the information contained in the stimulus portions of the sense organs and neural pathways. This information, encoded in nervous messages, is sent to the brain, which decodes and analyzes it until a meaningful interpretation is extracted: perception refers to these processes and can be considered the ultimate goal of sensation.

The sensation corresponds to the simple awareness of the stimulation of a sense organ , and all the senses depend on the transduction process that occurs when the body’s sensors convert chemical signals into neuronal signals that will be sent to the central nervous system. We can thus summarize the process that gives rise to the sensation: 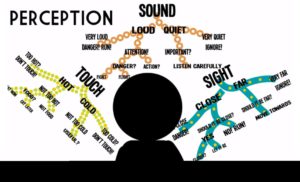 From the Latin term ‘perceptio’ which means to receive and understand through stimuli, sensations, impressions, senses and images of what one wants to make known.

It can serve you:

It is the act of receiving, understanding and interpreting signals external to us, through the sensory organs, specifically the perception obeys the interpretation of the sensations of each person. In other words, not everyone perceives things the same, what some perceive as loud sounds, others may perceive it in a normal tone.

So what is the difference between sensation and perception and what is their relationship to knowledge? The  feeling is  also defined as the response of organs to a stimulus (Feldman, 1999). The  perception  is the interpretation of these  sensations , giving meaning and organization (Matlin and Foley 1996).

Resolving another question, what is the relationship between sensation and perception? We all know that human beings perceive the outside through our senses. Our senses are triggered by the multiple stimuli. The brain manages to immediately transform the sensory messages that are received into conscious perceptions.

According to common sense, perception is a faithful sensory record and the sense organs provide objective information about reality (“naive realism”). On the other hand, in scientific psychology, perception is a complex interpretation of reality , a process of construction of meaning that consists of relating isolated stimuli and attributing meaning through processes of elaboration of sensory cues, of classification, of “adjustment” with respect to the image of objects provided by the senses.

By perception, then, is understood what the individual experiences as reality , or, in other words, the interpretations processed by the brain of raw sensory information; Such interpretations are determined by the interaction of three factors: past experience, current knowledge, and innate processes.

The study of this psychological function has always had a leading role in psychology, precisely because the performance of an individual’s perceptual apparatus determines the image of the world that is constructed and, at the same time, the immediate limits of his knowledge. Since ancient times, the problem of how the mind knows, perceives and processes the world has been widely discussed, giving life to reflection on the relationship between perception and perceived reality, that is, between what can be defined objective or subjective.

We can group the studies on perception in three main orientations : the science of vision, cognitive approaches and studies on the genesis of perception itself.

What Is The Differences Between Sensation And Perception? 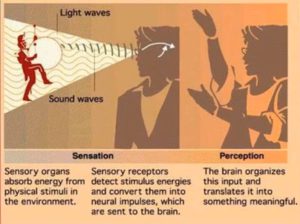 Once we have seen the definition of sensation and the explanation of perception, we are going to compare both concepts. We found 4 main differences between sensation and perception.

This article is merely informative, in Psychology-Online we do not have the power to make a diagnosis or recommend a treatment. We invite you to go to a psychologist to treat your particular case.

The Important Difference Between Sensation And Perception

We are so used to seeing , hearing, smelling,  touching,  tasting,  that we think that the world around us is really how we see, hear, touch or taste.

But the reality is that no. That is simply a construction of our brain ( perception ) of the information that comes to us through our senses ( sensation ). 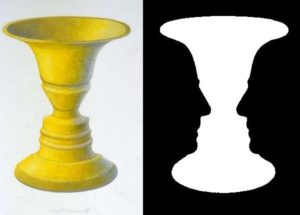 A vase or two faces?

The simplest proof is the multitude of optical illusions that exist. It is not that different information or light particles do not reach the eyes, but that our brain interprets the same image in different ways and that is what we end up seeing.Another is the famous ” blind spot .” There is a small region in the back of the eye (the optic disc) that does not have light receptors, so it cannot receive information about what is happening in an area of ​​our field of vision. 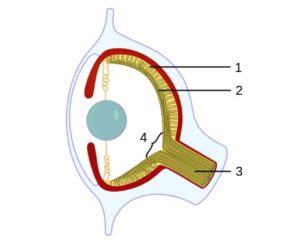 4. Optic disc in the human eye.

But we do not see any “holes” in what we see. Why?Well, because our brain predicts what information should go in that area and fills it in the image we see .The problem is when something unexpected appears in that area and the brain is wrong in its prediction . This is what happens when we drive and someone enters our “blind spot.”

Key Differences Between Sensation And Perception

Difference Between Sensation And Perception By Comparison Table

What Is The Difference Between Sativa And Indica Plants In Detail... 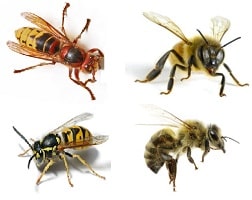