The Internet Protocol, also known as IP, is the main communication protocol established by the Internet through the transfer of datagrams across the boundaries of the network.

It is operated by two IP addresses, one is the host source and the other is the destination address. Both versions of IP primarily perform the same function, however, they vary in technique.

IPv4 is the main internet network protocol running 94% of internet traffic right now, yet it is falling short on IP addresses due to ever-increasing demand. IPv6 is developed to compensate for the shortage of IP addresses.

But it is not just an upgrade in various directions, but also in all other features and qualities of the network.

Comparison table between IPV4 and IPV6 (in tabular form)

IPv4 is the fourth version of the Internet Protocol, one of the first dominant standard protocols that ARPANET implemented for production in 1983.

It is a 32-bit operating scheme that routes Internet connections through a hosting source that transfers datagrams or other data packets to destination IP addresses.

IPv4 runs on binary numeric addresses separated by a period. Each Internet connection has a unique IP address, and IPv4 supports 4 billion such addresses.

IPv4 is a connectionless protocol that creates a virtual communication layer on many different types of devices. The simplicity of its bit operation requires less memory and its function is easier and more user-friendly.

It is still considered the most widely used Internet protocol, supports a wide variety of devices, and offers audio / video libraries, documentation transfer, and conference communication.

IPv6 was developed to overcome the IP address shortage in the previously running IPv4 and supports more than 3.4 × 10 ^ 38 addresses. This expansion complicates unique addressing for each Internet connection device, and therefore the IP address for IPv6 is a long alphanumeric arrangement of 8 groups separated by colons.

IPv6 is a categorized routing and addressing infrastructure, running on identifying computer locations in stateful or stateless configuration. Its hierarchical routing assignment facilitates multicasting and provides further optimization by improving the quality of service.

Main differences between IPV4 and IPV6

After its upgrade to the Draft Standard by the IETF in 2017, IPv6 was identified as the Internet standard and is expected to replace IPv4 universally.

Although the key purpose of the development of IPv6 was to allow a generalized network because IPv4, which has been used for several years, has limited addresses available.

With the rapid increase in networking options and the use of the Internet on all types of devices, the demand for IP addresses has increased exponentially over the past two decades.

In addition to the vast expansion in addressing available in IPv6, it also provides hierarchical address assignment methods that allow route aggregation over the Internet.

This method has reduced the spread of routing tables and simplified the provision of Internet services on global networks.

Therefore, a change is required. Although the two systems are not designed to be interoperable, as the shift from IPv4 to IPv6 remains complex but with the advancement in Internet configurations, a variety of transition methods are being developed to facilitate this move. 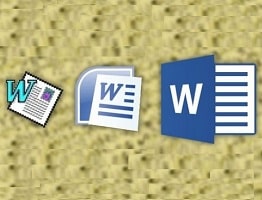 Difference between passport and travel document in tabular form

Difference between Mexican and Latino in tabular form 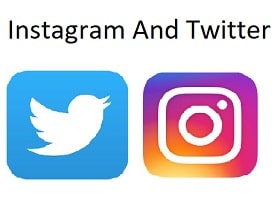